How will Tübingen Become Climate-Neutral by 2030, Boris Palmer?

Tübingen wants to play a pioneering role in climate protection nationwide and be the first city in Germany to be climate neutral by 2030.

Coronavirus Pandemic – a Catalyst for Sustainability

A recent EUPD Research survey conducted in the context of the Energiewende Award 2021 reveals that citizens focus more on their own energy consumption.

Alexander Esser, Energy Economist at Aurora Energy Research, shares how big the role of hydrogen will really be.

Unlike in other European countries, Germany’s energy system transformation is almost solely backed by solar and wind energy. There is little use of hydropower and nuclear power is actively opposed, presenting considerable challenges for grid stability and supply security. We asked Thomas Dederichs from the transmission grid operator Amprion about solutions and visions for the energy transition. 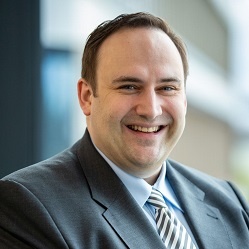 Germany wants to have its energy system transformed by 2045. What are the greatest challenges for grid operators in this context?

We need to make profound changes to our energy transmission infrastructure if we want to transform the energy system. This is a process that we have not seen the likes of since the end of the Second World War. A lot of infrastructure was built in the 1950s, 60s and 70s, but since then it has really only been maintained.

We’re now realizing that the challenges which the once-in-a-generation project “energy transition” presents – such as restructuring the energy production landscape or changing how we use energy – all in turn raise additional issues. Enormous innovation and speed will be crucial in the next few years. This is best explained using a timeline.

In our company, we’ve mentally divided the process into three time periods, the first of which ends on January 1, 2023. On this date, Germany will become independent from nuclear power for the first time in 50 years. While this step has already been taken in the imagination of our politicians, our engineers are still trying to come to grips with it. They’re facing very specific challenges, such as frequency jumps every hour. Such artifacts are due to the way in which balancing groups have been managed and markets have been organized. Large-scale nuclear power plants have helped to keep voltage and frequency stable, and now the system very quickly needs to achieve the same without their support.

Once we have successfully taken this step, the next deadline will be 2030: the official end of coal combustion in Germany. In addition to moral and ethical issues concerning society, there is once again the technical side to be considered. At that point in time, we will face a new set of challenges, with the already mentioned voltage stability and reactive power just being two examples.

What about the third time period?

The third period starts after 2045. This is the deadline for Germany becoming climate-neutral, with the target for all of Europe being 2050. On our timeline, we’re aspiring towards a globally unique system. Most other countries who have mapped out a path towards climate neutrality are combining fluctuating renewable energy with nuclear energy, such as France, or with hydropower, such as Austria and Scandinavia. Germany wants to achieve complete decarbonization without hydropower or nuclear power, something which will ultimately only work by combining fluctuating sources of energy with storage. One possible option is short-term storage using batteries, but we will also have to come up with long-term storage options, too. This is what’s behind the in-depth debate about hydrogen and Power-to-Gas.

You have launched the “Systemvision 2050” project together with several partners, which more or less deals with what you have just outlined. Could you describe the project to us in more detail?

The underlying idea is pretty simple: In collaboration with several partners, we’re debating what the climate-neutral energy system of 2050 will look like. This includes transmission grid operators meeting up at regular intervals to make recommendations and draft framework scenarios for consultation and approval by the Federal Network Agency. Based on these plans, we can decide which way to go in terms of infrastructure.

During these discussions, we realized that the partners would like to be even more actively involved. We want our vision to be transparent, so we created a development plan for each of the two dozen partners, giving everyone involved complete control over the specific steps they see for this future scenario. The only condition was that the outcome needed to be a completely decarbonized energy system. Otherwise we’ve left it up to the partners whether they see us getting there with nuclear energy, carbon capture and storage, or by importing green hydrogen. All we’ve done is make our tools and models available to the partners, and after one year we will analyze the results based on specific parameters and compare them to reference values from current studies.

So what are the results so far?

We want to gather all partners in the spring to share their latest results, so we can see where models are moving in completely different directions and where they are closely aligned. For example, there is a very narrow range for the energy demand of 2045. Our models show that energy consumption will have roughly doubled by that point. Given that there were different approaches to base this on, this is a very interesting result. For example, some participants introduced hydrogen to the heating market, so consequently used little electric heating in their model. Others drew up a scenario in which electricity is being imported from other European countries. Either way, the patterns are very similar and consumption appears to be a relatively stable parameter.

The grid of the future will have to be very flexible to enable stable power supply. This flexibility can be achieved through battery storage but also by using a load control approach. Where do you see the potential conflict between these two methods?

Looking at the next 25 years of the energy transition, this is one of the most interesting questions. One of our partners, Entelios, is pursuing a demand-side management approach. This is a model heavily relying on demand-side flexibility, which would reduce the need for grid expansion. For grid operators, this would be an advantage as the focus is on a grid expansion featuring maximum sustainability and stability. In addition, grid operators need to bear in mind economics and are subject to many regulations. They have no interest in expanding any more than necessary as they will only be compensated for “appropriate” grids.

However, something will have to give if we want to create more flexibility. The question really should be: How do we want to live? To what extent do we want a planned economy and what degree of freedom do we want to see in this system? Take a scenario for 2045 in which I have the power to tell you whether or not you are allowed to watch the news on TV, and maybe only if the wind is blowing. This would be a system which, in a positive sense, could create maximum efficiencies. Looking at the same scenario from the point of view of the industrial sector, flexibility is key. Our partners in this sector don’t want to choose if they will be supplied with hydrogen or with electricity to produce their own hydrogen. They want to have both options, giving them the flexibility to change back and forth depending on the prices on the world market. Historically speaking, this is a fascinating insight. Our infrastructure has always been oversized. It was never set up to be accurate down to the kilowatt hour but to enable consumers to draw energy on demand.

Were none of the concepts based on nuclear power?

One German industrial company wanted to map out a scenario with fourth-generation small-scale nuclear power plants in detail but they didn’t publish their results – something all partners could choose to do. Most models for other European countries, however, were still based on nuclear power. Even amongst NGOs, very few consider it essential that the Europe of 2045 is free of nuclear energy. We can see a range of models here.

How can power from renewable energies be distributed efficiently by flexible grids? Key stakeholders directly from the industry will discuss this on May 10–11. They will talk about the integration of solar and storage systems into the grid, new market players, flexibility and the balancing of grids and the digital evolution.