"We need a giant switch that we can flip quickly" 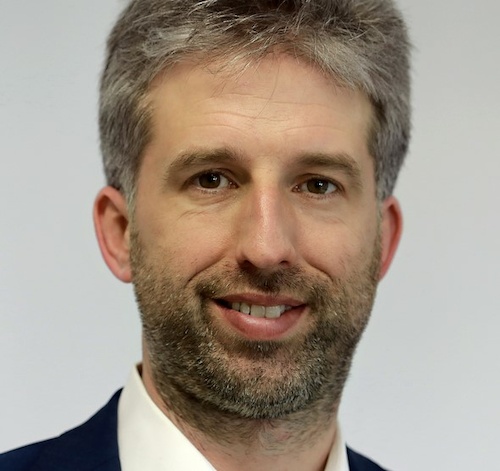 Tübingen seeks to take on a leading position in Germany’s climate conservation efforts and, by 2030, to become the country’s first city to achieve climate neutrality. At the end of 2020, Tübingen’s municipal council put together an extensive climate package which provides for a billion-euro program and consists of 20 components. We talked to Tübingen’s mayor Boris Palmer and discussed why quick and effective measures are needed to protect our climate and what shape these should take.

Konstanz was the first German city to declare a climate emergency in May 2019. A good year later, its municipal council determined that the original target of climate neutrality by 2030 is hardly attainable. How will Tübingen be able to reach goals that Konstanz cannot?

I was skeptical of this climate emergency from the start. I think that words need to be translated into deeds, and if an emergency is declared, it must be met with immediate subduing force. Tübingen has set itself an ambitious target, but we have also established a program with all of the measures we can possibly take at this level to achieve climate neutrality by 2030. Basically, if you ask me, actually working toward climate neutrality is better than simply declaring a climate emergency.

One characteristic that sets Tübingen apart from other cities is that you have managed to reach a cross-party consensus for this resolution. How did this work and to what extent were residents and climate conservation initiatives such as Fridays for Future involved?

Fridays for Future was indeed decisive in this climate action program. We had also already had a very ambitious program in place by earlier standards. But I honestly did not find the idea of becoming climate-neutral by 2030 to be realistic – not politically anyhow. And then I realized that I was not thinking ardently enough, or too unimaginatively. Because the factions of Tübingen’s municipal council unanimously responded “yes” to the Fridays for Future 2019 pre-election survey question. Council members were asked if they considered achieving climate neutrality on a municipal level by 2030 to be the right tactic.

How were the residents of Tübingen involved in this decision?

The city administration received the order to work together with residents to flesh out a program that scheduled Tübingen to become climate-neutral by 2030. It was a very intense process, which lasted for 14 months and which was complicated by the COVID-19 pandemic, of course. We held numerous town hall meetings and forums, and we sent out online surveys. We learned a lot from them and were able to substantially improve the program in comparison to the first draft.

It makes the most sense to start with heating, as it is the largest sector and the sector in which we have made the least advancements thus far. Tübingen is already equipped with an extensive district heating network, but this is still operated almost entirely on the basis of fossil fuels. The most important action to be taken is therefore to expand the district heating network to the entire city center and to switch from fossil fuels to renewable sources of energy – solar thermal technology, wood and woodchips, heat recovery at the wastewater treatment plant, just to name the most important ones. This approach will allow us to convert the heat supply of nearly all buildings to 100-percent renewable energies by the end of the decade.

So it is not really about individuals building homes with better insulation and heating systems. Instead, you are making improvements on a centralized level?

Of course, we have already been working on making individual homes more energy-efficient for the past ten years and indeed increased the renovation quota. But now we are faced with a whole different sort of urgency. I can tell you quite frankly that there simply are not enough tradespeople to renovate all of the city’s buildings and homes within the next ten years. We simply don’t have the capacity. So we can either sit on our hands while allowing the Arctic Circle to melt, or we can come up with a new plan. It is much easier to scrap an old heating system and to feed a district heating line into a building than to renovate the entire building. So that’s what we’re doing.

What action will be taken in the electricity and mobility sectors?

We have made great progress in the electricity sector within the past ten years. In 2011, only 3% of Tübingen’s electricity demand was covered by renewable energy. Now, this ratio has risen to almost 60%, but the ultimate goal is 100% renewable power. Moreover, we are planning to massively expand on wind power and solar installations because in the future, we will need additional electricity for heating and e-mobility. And we are pointedly including our suburban areas in these plans, too. The municipal council made it clear that it would like to see solar and wind power installations built across all areas of Tübingen.

That means that the city is tackling the issue head on, ensuring that enough renewable electrical energy is made available without waiting for homeowners to take things into their own hands by mounting their own solar panels?

There is no more time to be practicing urban warfare or to hold discussions with each individual resident if we are going to make this happen within the next ten years. What we need is a giant switch that we can flip quickly. This could come in the form of mandatory connection to and use of district heating, or the obligation for residents to use their own roofs for power generation.

So homeowners would have to allow the use of their roofs, but they wouldn’t have to cover the costs of mounting a solar installation themselves. That seems fair. But what about cars? Will all residents of Tübingen be forced to purchase electric cars?

On the one hand, it is more difficult to meet meaningful targets in the mobility sector, but on the other hand, it is relatively easy to make a change – for instance, by riding a bike, electric scooter or electric car sharing vehicle instead of driving a gas-powered car. All of these options are already available. The technology is here, now we just need to use it on a larger scale. For us, it’s clear to see that bicycle infrastructure needs to be enhanced to enable cyclists traveling through the city to reach their destination more safely and more quickly than drivers. This will encourage people to make the switch.

What are the next steps on Tübingen’s path to climate neutrality?

The resolution passed in November laid the groundwork for larger projects. The solar thermal system for district heating network infeed which I mentioned is presently in the building planning stage. We have already completely financed the construction of bicycle bridges and a bike station at the central train station – a total investment of €30 million. And this year, we will begin expanding the heating grid in already built-up areas as a sort of prototype. Then we will see if we can roll out this project more quickly in other areas in the coming years.

Plus, 2021 sees us converting an entire neighborhood to a demand-based model of energy supply. That means, for instance, that street lamps will only be illuminated when people are out and about – whether they are driving or riding their bikes. If no one is on the roads, the lighting will be dimmed substantially, saving energy. We really want to demonstrate what is already possible and work together with residents to ensure that our environmental footprint shrinks significantly in the coming years.

Would you like to learn more about climate neutrality and how your company can reduce its emissions? Then visit our topic page.