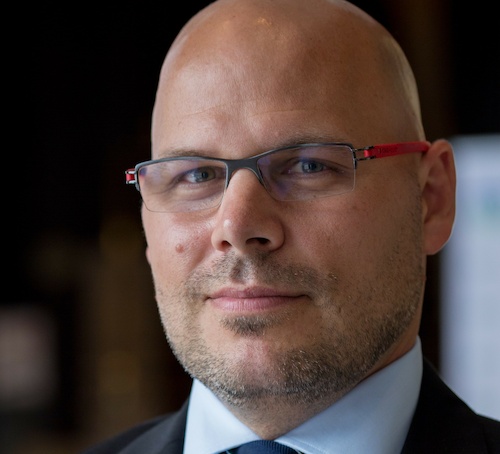 Cogeneration (CHP) is the key to build up a completely climate neutral energy system. When there is not enough energy from sun or wind it can reliably supply families, businesses, local communities, but also industry with electricity and heat. Additionally, CHP can be run on fuels produced with excess electricity from renewable energies. Hans Korteweg, managing director of COGEN Europe, talks about the huge potential of the technology.

Mr. Korteweg, could you please explain what exactly is cogeneration and how does it work?

Cogeneration is the combined generation of heat and electricity with one unit. That means it is cheaper, more efficient, and has less emission than conventional power plants. Sometimes we also call it CHP. You find CHP in many different sizes from one kilowatt to one megawatt. And there are many different types of variations of the technology. You have turbines or engines. Another technology is fuel cells, which you mainly find in homes, but also in small businesses. Especially in Nothern Europe, CHP is often used for district heating.

That sounds like a perfect tool in order to create the new energy world and get our sector coupling done. What role does cogeneration play here?

Today, cogeneration provides about 11% of electricity and about 15% of heat in Europe. In 2030, we've actually extrapolated, that we could double the share of electricity generation to 20% and heat to 25%. More than a third of the fuels already used in cogeneration are renewables replacing coal or oil, for example. The figure has actually more than tripled in the past decade. We expect it to increase further with the uptake of more renewable fuels as they become available in the market, such as biofuels and hydrogen.

We see cogeneration evolving into the backbone of a decentralized, integrated energy system where energy will be generated and consumed at a local or distributed level. This will accelerate the uptake of more wind and solar power as cogeneration will ensure that there is sufficient energy when there is not enough wind and sun. In addition, cogeneration can accelerate the uptake of electrified solutions such as heat pumps or electrical vehicles because it makes sure there is enough electricity to feed them.

You have published a report called “Towards an Efficient, Integrated and Cost Effective Net Zero Energy System in 2050, The Role of Cogeneration”. What are the key findings here?

Cogeneration is ready for a completely climate neutral energy system. It brings the multiple benefits both to the entire system as well as to the end users like businesses, local communities, families, but also industry in 2050.

Thanks to its efficiency, cogeneration will reduce the use of renewable fuels. Hence, it will also reduce the energy bills for end users. On average, looking towards 2050, cogeneration will save up to 220 TWh per year corresponding to cost savings between 4 and 8 billion euros. So, on average a European family can save around 800 euros per year by installing a cogeneration system in their house running on hydrogen fuel cells.

Where do you see the highest growth rates in all of these various areas of CHP?

Currently we see the highest growth in small scale cogeneration applications, such as cogeneration installed in small and medium enterprises, public buildings like hospitals and schools, also home systems. You find especially small and medium enterprises building up on a modular approach. Instead of having one very large device, they will have a stack of 10 different fuel cells, fuel cell micro-CHP which can provide more flexibility as well, and also reduce the CapEx.

How do you see the potential of hydrogen for use in cogeneration? Are most cogeneration producers or their machines currently ready for 100% hydrogen?

Cogeneration is fuel agnostic. You can run it on anything you have. Of course, there's not enough hydrogen today to continuously run CHP on it. But the systems are designed in such a way that they can be tweaked without too much expense to run on different levels of hydrogen blended with methane or natural gas as we know it today. In the future, engines and gas turbines will be able to run on hydrogen or whatever mix of fuel that we have available.

In terms of fuel cell micro-CHP today they run on natural gas. With reformers inside, they convert natural gas into hydrogen and then that hydrogen is fed through the fuel cell. In the future, these systems will be able to run on biogas with a few changes, but they can also switch to use pure hydrogen. They also have the potential to be reversible. When you need more hydrogen, you can produce your own hydrogen and then use it. So there are quite a lot of different things.

What potential do you see for CHP to be rolled out in large scale?

Most of the companies that are involved in cogeneration happen to come from Europe. That is why we have already a strong manufacturing base in Europe. There is a lot of potential still, but we need the right policies in place. And that's what we're looking for in the European Green Deal in terms of recognizing cogeneration CHP to help the EU reach the climate targets.

You can also listen to the detailed interview with Hans Korteweg in our The smarter E podcast.

Listen to the interview