The latest EUPD Research analysis shows that the German electricity consumption in 2021 returned to a pre-crisis level such as in 2019. Because of the trajectory of the renewable energy expansion being too low, an electricity shortfall is expected in Germany from 2022 onwards. Additionally, it is anticipated to increase from 50 TWh to over 100 TWh in 2025. A so far rather windless and rainy year 2021 has resulted in less electricity production – especially true for wind energy – and has led to a strong increase in coal-based power generation. The analysis is part of this year’s Energiewende (Energy Transition) Award, which is granted to excellent energy suppliers of the DACH region.

Bonn. After a significant drop in economic output in the first year of the global coronavirus pandemic, the German economy has shown signs of growth. The effects of production limitations and temporary shut-downs of production lines can clearly be seen in monthly energy consumption numbers, which Bonn-based consultancy EUPD Research analyzed in detail based on data of the German Federal Network Agency. 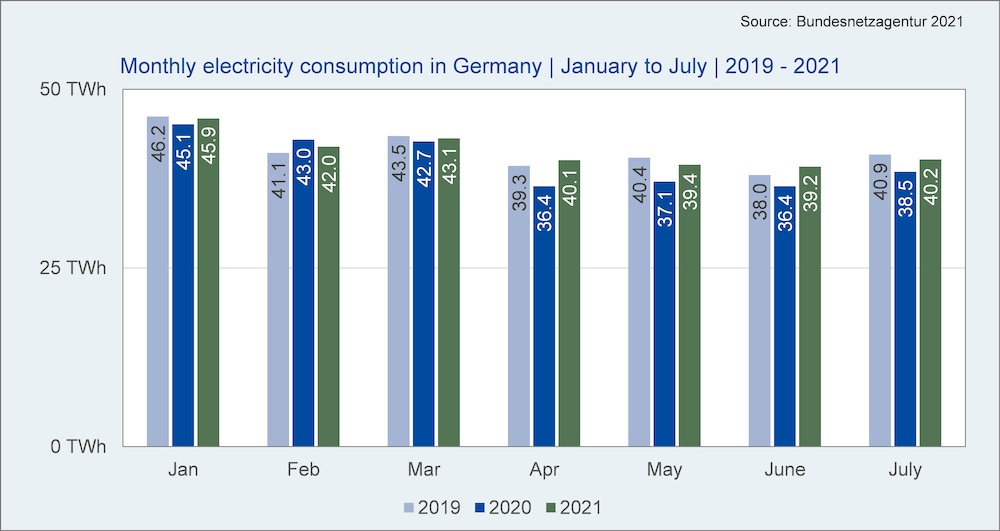 An electricity consumption comparable with the level in 2019 can be anticipated for the year 2021, given the developments of the first seven months of the current year. The forecasted electricity production for 2021 shows a slight surplus. However, it continues to further decline – as seen in previous years. As the trajectory for relevant renewable energy sources such as wind energy and photovoltaics is too low, the reduced electricity production – resulting from shutting down of remaining nuclear power plants at the end of 2021 and 2022 and further coal-fired power plants from 2022 onwards – cannot be compensated. Hence, an electricity shortfall is expected in 2022, which will become even larger in the coming years. It is anticipated that the gap will grow from 50 TWh in 2022 to more than 100 TWh in 2025. 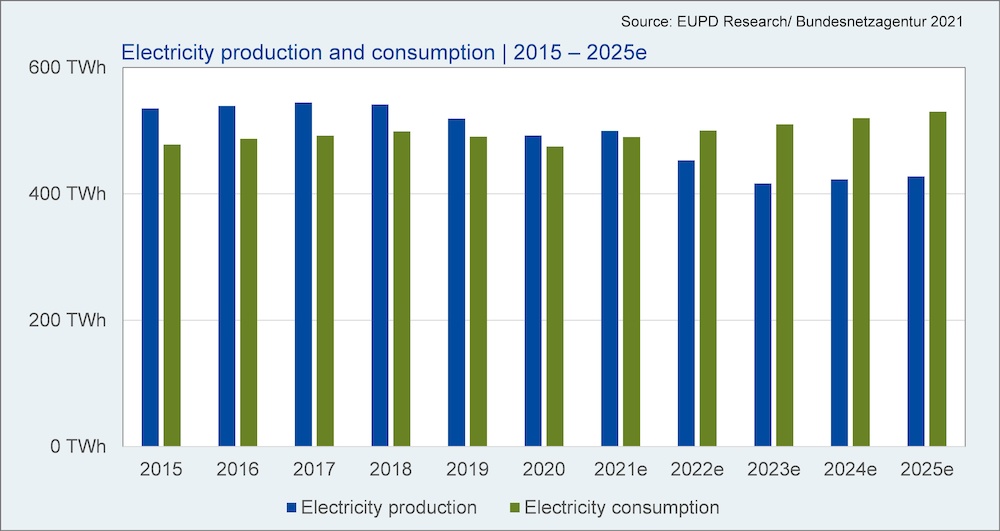 The increase of the electricity consumption in the current year on the one hand meets with a special weather situation on the other. 2021 has been so far a comparatively windless and rather rainy year. As a result, the electricity yield from wind energy has strongly decreased by ca. one fifth up until now. Solar energy production is less affected by strong annual fluctuations and has remained constant during the first seven months of 2021 in comparison to last year. The misery of wind energy this year meets with increasing energy consumption levels, which could only be covered by conventional energy sources. Accordingly, lignite and hard coal have provided up to 58 percent more electricity compared with the previous year period, which in turn has considerably worsened the records on CO2 emissions in the German electricity mix. 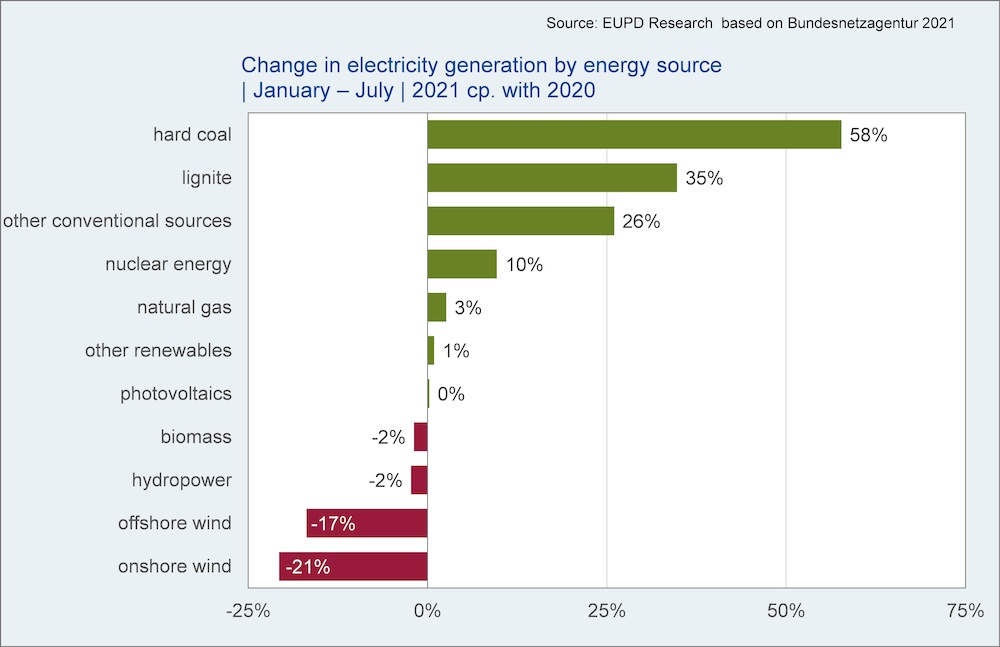 “The situation of the energy sector today (in 2021) and in the coming years clearly emphasizes the urgency to massively expand renewable energies. Photovoltaics is a renewable energy source with enormous potential to supply green and predictable electricity, which is close to consumers, non-bureaucratic and quickly scalable. However, the necessary framework conditions have to be created, such as capacities for short-term and seasonal storage. Energy transition – also in the context of low-wind periods – is only possible with an electricity mix based on different renewable energy sources and a comprehensive network of storage infrastructures.”, comments Dr. Martin Ammon, Managing Partner at EUPD Research.