EUPD Research study findings show that about two thirds of private households are concerned about increasing electricity imports based on conventional energy sources. An analysis of German electricity imports in 2021 reveals a heterogeneous picture. With a share of 67 percent of nuclear energy in its own electricity mix, France is currently the second largest electricity exporter to Germany. The Czech Republic and Poland have a high share of energy from coal, but with nine and five percent respectively, they are rather smaller electricity exporters to Germany. The success of the German energy transition requires an appropriate expansion of renewable energies and storage capacities for their successful integration. The analysis is part of this year’s Energiewende (Energy Transition) Award, which is granted to excellent energy suppliers of the DACH region.

Bonn. Political debates around the German parliamentary elections have more than ever put climate change and related issues in the center of the public discussion. Despite the difference, there is a cross-party political consensus that a successful energy transition requires a massive expansion of renewable energies and the shutdown of conventional power plants. The Bonn-based consultancy EUPD Research exposes people’s concerns regarding the energy transformation process in its latest study. More than two-thirds of the 500 surveyed homeowners in Germany raised concerns regarding conventional electricity imports from abroad. About 40 percent of the survey participants are skeptical regarding the speed of the renewable energy expansion in Germany, while about one-fourth see the danger of an impending energy shortfall against the background of the planned nuclear and coal power phase-out. 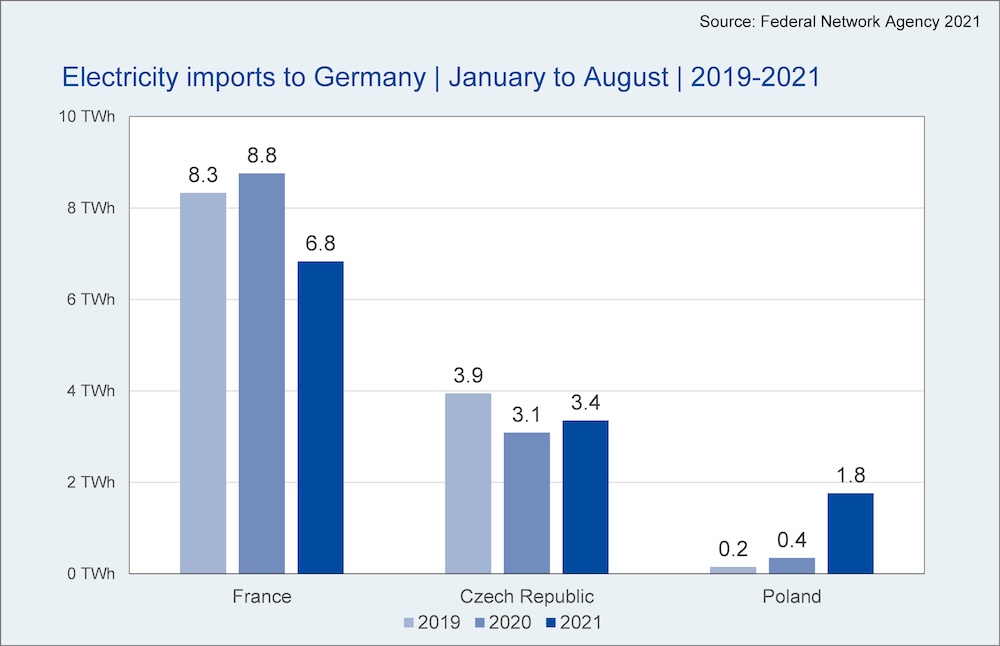 The success of the energy transition requires a full restructuring of the conventional fleet of power plants to renewable energies. Because of an increased electricity consumption for the electrification of mobility and heat generation, as well as lower full load hours of renewable energy systems, the installed capacities in Germany have to nearly double within the current decade. While conventional power plant capacities decreased by ca. one-third, the installed wind energy production (on- and offshore) increased to 100 GW. The by far strongest growth is to be expected for photovoltaics, which may quadruple between 2020 and 2030 to 217 GW. For the integration of the future fleet of power plants with a dominant share of solar energy and wind power, the restructuring and expansion of the electricity grid is as important as building large storage capacities for the short-term storage, by means of battery storage as long-term chemical storage of hydrogen. 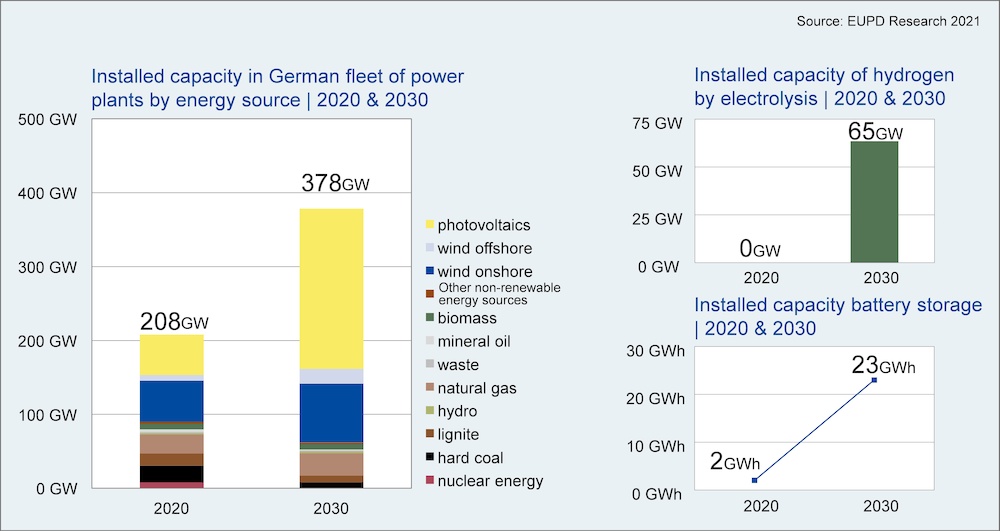 “The energy transition in Germany must be viewed in the context of transformation processes of countries connected within the European electricity grid. A shift of the German nuclear and fossil fuel phase-out by means of trading in electricity between countries thwarts the domestic energy transition (“Energiewende”). Only a joint expansion of renewable energies and storage capacities for its integration can lead to a successful energy transition”, comments Dr. Martin Ammon, Managing Director at EUPD Research.