Read more about the The smarter E AWARD finalists 2021

Whitepaper "E-Mobility as an Energy Resource"

Climate neutrality in 2050 is the EU’s man on the moon. Much remains to be done to achieve this long-term objective.

EM-Power 2019: Digitalization, Decentralized Concepts, Sector Coupling and Energy Management for and in Buildings

Munich/Pforzheim, June 3, 2019: In its second year, EM-Power, the exhibition for intelligent energy use in industry and buildings, welcomed 177 suppliers who showcased their products and services relating to the key topics of energy efficiency, decentralized energy supply and energy management. Under the umbrella of Europe’s largest platform for the energy industry, The smarter E Europe, EM-Power shines a spotlight on energy use. Intersolar Europe, ees Europe and Power2Drive Europe are also held at the same time as part of the innovation hub for new energy solutions. The roughly 50,000 visitors who flocked to the exhibitions held as part of The smarter E Europe enjoyed the opportunity to learn all about every aspect of intelligent and efficient energy use in buildings, neighborhoods and industrial enterprises. EM-Power focuses on topics such as energy management, neighborhood energy concepts, energy services and contracting, power-to-heat applications and cogeneration systems. 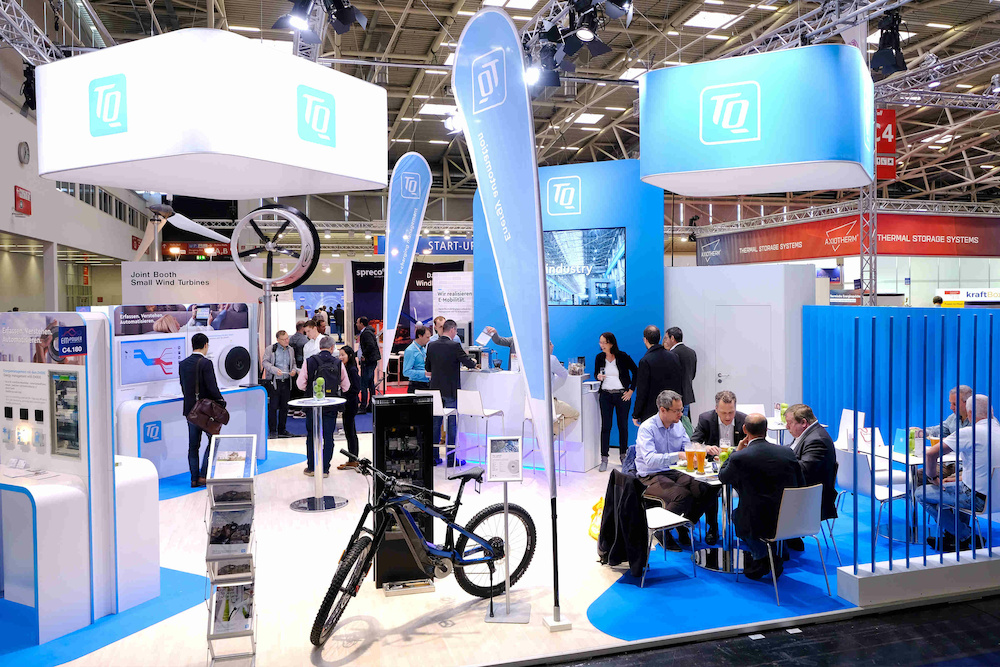 EM-Power is primarily aimed towards professional energy customers and prosumers. In addition to the exhibition itself, the spotlight was on the well-attended Compact Energy Forum. Anne Köhler, Director of Gas Markets, Decarbonization and Digital Affairs at the German Association of Energy Market Innovators (bne), led the presentation series entitled “Digitalization in the housing industry” and made it clear that intelligently connecting energy production, storage and consumption in residential buildings, housing developments and entire neighborhoods is crucial for the future of our energy supply. Without data readings, however, these complex energy systems cannot be managed. She therefore stressed the importance of digital metering and control technologies. Sebastian Lange, Chairman of the Alliance for Building-Integrated Photovoltaics (Allianz BIPV), presented solar-active building envelopes and called for a new building tradition which connects solar energy and architecture. Arndt Börkey, Director of Power Markets and Regulatory Affairs at the German Association of Energy Market Innovators (bne), explained that digital and networked technologies and concepts will also bring about a shift in the energy supply for neighborhoods towards a predominantly decentralized supply. Many people who produce their own renewable energy aim to use some of it themselves – for example for heating – while also selling some of it, for example for mobility purposes. The presentation series “Sector coupling in real estate and industry,” chaired by Detlef Hinderer, responsible for technical matters at the trade magazines Der Facility Manager, industrieBAU and hotelbau, showcased interesting best practice projects. The topics chosen were aimed at operators of residential and commercial buildings, municipal properties, neighborhoods and production facilities, as well as energy and facility managers, planners and consultants working in industry and real estate.

When it comes to intelligent energy use in industry and buildings, digitalization is driving innovation. Two companies exhibiting at EM-Power were named winners of The smarter E AWARD: mondas and Axiotherm. mondas received the prize for the digitalization of an intelligent heat grid comprising decentralized solar thermal systems and a biomethane combined heat and power plant. Christian Neumann, Managing Director of mondas, is delighted with the award and extremely pleased to have been at EM-Power. “We have made many valuable contacts. The three exhibition days have been a huge success for us as a young start-up. All in all, we think EM-Power is taking a pioneering approach. The energy transition will be decentralized and digital. We are seeing growing numbers of decentralized installations which operate far below their optimum level, which is an area where our software services could really make a difference.” The company Axiotherm impressed the panel of judges with a modular, scalable system comprising latent heat accumulators with a high energy storage capacity, an electrothermal station for hot water and fresh water, and an intelligent controller. The system enables the use of surplus solar power for heating purposes via power-to-heat and increases the rate of self-consumption. “We were really surprised to receive an award,” said the Managing Director, Egon Schmitz. “We enjoyed great popularity here at EM-Power and met experienced industry professionals from all sectors. We have already decided to take part again next year. For us, EM-Power is the highlight of the year and quite simply the most important exhibition of all.” Established companies were not the only attendees putting EM-Power and its topics in the spotlight. Of all the start-ups which were introduced at The smarter E Europe and showcased their innovations for decarbonization, decentralization and digitalization at the forums, around 60 percent work within the areas covered by EM-Power. This is due to the fact that intelligent energy use in buildings, industry and properties is primarily based on digital and networked solutions.

Small-scale wind energy has a bright future ahead

The joint booth “Small-Scale Wind Energy” was extremely well attended. According to estimates from the German association for small wind turbines (BVKW), around 4,000 such turbines with a capacity between 1.5 and 75 kW are installed in Germany, and around 16,000 turbines with a capacity of under 1.5 kW. This comes to a total installed capacity of approximately 40 MW. There is considerable interest in such decentralized small and micro wind turbines as they are the ideal complement to solar energy on- or off-grid, particularly during periods with reduced solar radiation such as autumn and winter. Demand is greatest for installations which can withstand storms and sustain continuous loads as well as producing minimal noise. Matthias Hesse, responsible for Sales & Project Planning at DeTec Vision, describes the company’s second year at EM-Power: “Over the three days of the exhibition, we enjoyed direct access to our target audience and made many good contacts. It was striking how many different countries were represented. We are already looking forward to the 2020 event.”

The pv Guided Tours of the exhibition also proved popular among visitors. The topics “Building-integrated photovoltaics (BIPV)” and “Intelligent power electronics for the self-sufficient supply of buildings with electricity, heat and cooling energy” were extremely valuable for exhibitors, bringing them into contact with many interested trade visitors.

Last month Toyota revealed plans to build a prototype city of the future at the base of Mt. Fuji in Japan.

Submit your pioneering ideas until March 31