How will Tübingen Become Climate-Neutral by 2030, Boris Palmer?

Tübingen wants to play a pioneering role in climate protection nationwide and be the first city in Germany to be climate neutral by 2030.

Coronavirus Pandemic – a Catalyst for Sustainability

A recent EUPD Research survey conducted in the context of the Energiewende Award 2021 reveals that citizens focus more on their own energy consumption.

Alexander Esser, Energy Economist at Aurora Energy Research, shares how big the role of hydrogen will really be.

Expert Interview – "We Are Standing in Front of this Mindset Issue"

The hype surrounding "blockchain" has died down somewhat in recent months, but the applications are gaining in maturity. But what is the current state of the discussion on blockchain and what are the real opportunities and prospects that blockchain approaches offer? We talk about this with Sebnem Rusitschka, founder of the energy startup Freeelio which is a members of the German Blockchain Association "Bundesblock". 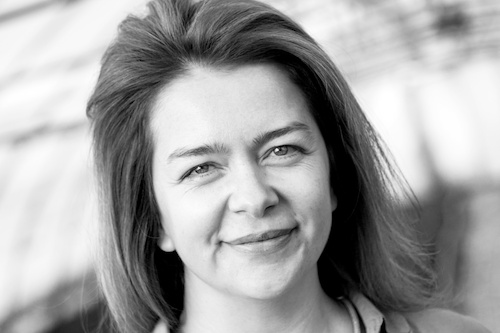 Your goal at Freeelio is as follows: You want to make energy as easy, accessible and free as as air. How far are you from that vision currently?

Strangely, it's seems super, super close, closer than ever. But when we look at its implementation or its practicality, it seems daunting and quite far away. Maybe the reason is I came from a very technical and engineering focus where most of the technical problems seems to be solved. But now we're standing in front of this mindset issue, and that's a much bigger mountain than I thought. That's actually one of the things that blockchain in energy also faces. The adoption is not so much a technical problem, but much a mindset shift and adoption problem.

Let`s explain the basics of blockchain. What is blockchain about for those people who hear the word for the first time or haven't really read up on it yet?

It's very difficult to explain in a view sentences because it is a deep tech. Definitely it's multiple disciplines coming together, but conceptually it surfices, if you can imagine the global distributed ledger that keeps track of balances and addresses accounts without a single authority to keep this data, the information on it, assuring its integrity. And that is basically the foundation of the decentralized revolution we are talking about. And it makes the value exchange over the Internet possible.

There's a lot of attributes in there that perfectly fit the smart grid. If you look at blockchain, it generally apart from smart grids or the energy sector, what happened? There was such a huge hype for a couple of years, blockchain everywhere. At the moment, it's rather quiet. So is that a good or a bad sign?

It's always a good sign. It means you're down the slope of disillusionment or hit the bottom maybe. And it's only the curve of productivity ahead. So the story really is that we hit the reality of implementing and that's a great issue. We know where the problems reside. And after this whole hype of Blockchain and energy, we have put out the blockchain strategy for Germany. And it is full of wonderful use cases focused on sustainability and energy. It's amazing how much there is in there. But strategy is one thing, implementation and tactical is the other. And that's where we hit the wall almost. It's about law and regulation, both on the financial regulations and energy regulation, the market design of energy that is basically only developed for one size and that's big centralized electricity provision. And these are the problems basically that smart grid has faced for so long. And now, of course, also blockchain applications in energy phase.

Let's also lay out the large overview of blockchains relevance for the energy sector. So where do you think in which bit of smart grids and in the energy sector as such does blockchain have something to offer that other technologies don't?

Beyond the whole decentralization, peer to peer technologies that has been developing along since the 2000s alongside smart grid does blockchain revolution, if you will, is really the revolution of programming rules how to exchange anything of value. Keeping track of this exchange, and that basically allows us to actually program new market rules on top of the existing game, actually it's also possible that enables new and more flexible forms of decentralised electricity, feed and consumption and sharing.

If we look at emerging economies or developing countries, what kind of set ups could you imagine there?

So that what is really very promising and that was for the longest time the hope that we will make real progress, there are true smart micro grids, created bottom-up really from a rural electrification project where villages set up their own smart micro grids from technology off the shelf. But cutting edge smart grid technology either put in small boxes and that can then connect households into a smart grid or in big containers.

Why would they then need blockchain in their grid?

So that's the point where it's not so much for a community that trusts each other for them while actually keeping track of the exchange without having to trust is definitely lightens up the entire operation. But most importantly, the one aspect that really stood out was the financing of such projects that basically could prove that those projects are installed active and are basically providing electricity as advertised. And you can keep track of all this information and that data in a privacy preserving manner on a decentralized ledger. That was the light at the end of the tunnel that we wanted to capture.

What about the mindset shift, what's the problem there? Many people don't trust the technology. They don't understand it. Is it too complicated?

Exactly. And they and all of us basically and also, as with every technology that will need maybe ten years to become an overnight success. Right. So we will need to see its development and adoption in more less risk averse fields. That's definitely my takeaway after five years. And basically also it's the development of, you know, the interfaces using this technology need to become much more safe for mainstream users. Currently, you really need to have experience with keeping your private keys safe and so on. So at that level, you already see when we have people struggling with passwords to their email accounts, etc., it's just a very big difference to this technology being adopted.

A big thing, obviously with blockchain is that there are different modes of running it. And the approaches that uses some of them are very energy intensive. And it kind of like seems to be not so logical to employ an energy intensive blockchain in a grid that is built to save energy and be as efficient as possible. So why are some blockchains so energy intensive and what are the ones we need to use in energy grids if you want to be efficient?

Basically, what I always used to say and still say that's a bit of a joke, is that it's actually great that they use so much electricity, because all of a sudden people are questioning the energy consumption of other things, like their flat or factories in their vicinity, etc.. However, of course, you're right, like Bitcoin, for example, assumes really a global ledger that cannot be corrupted. And for that, it uses a mechanism to actually keep the data integrity, which you can call a consensus, meaning every node, every computing node in this network is keeping track of the same information and makes the same consistency checks. And the majority basically agreeing upon that determines that data point that is in check and consistent with the data integrity, and that is very wasteful, wasteful of computation and wasteful of energy. But as long as it pays off, that network will be kept running and will keep the data integrity on it. So it's very wasteful, but very, very powerful.

And for example, in the energy sector, we have definitely one that is energy web and energy web chain is basically a proof of authority, meaning the instances or the entities that validate the data on the blockchain are well known. And they have a stake in keeping the validity of it. But for example, if you think what type of parties entities are actually providing that validation, it's for example, the big oil companies and also kind of we live in the strange world where we see a lot of contradiction coming out. And I believe that's a good thing. And running every consumption on renewable energy sources, any type of consumption that also becomes visible, that that's the only sensible path forward. Because it's very unlikely that we're going to have less electricity consumption in our more digitalizing economies and ways of life.

This interview is an excerpt from an episode of The smarter E podcast. You can listen to the full interview here.