Not all green electricity is made equal

Interview with Dr. Sebastian Bolay from the Association of German Chambers of Commerce and Industry (DIHK) on the green electricity options available to companies

Discover Your Favorites among The smarter E AWARD Finalists

The finalists of The smarter E AWARD have been named! We will be presenting the submitted projects and products that fit the range of topics at EM-Power Europe.

Expert interview with Thomas Vogel, Product Manager at KOSTAL Solar Electric on the opportunities and benefits of combining PV, storage.

The Belgian polar base Princess Elisabeth Antarctica is the first emissions-free research station in Antarctica. A hybrid system that intelligently combines the renewable energy sources of the sun and wind provides the energy to supply the station, making electricity and heating available to the researchers on-site. The system is now to be expanded and optimized for future operations. The first step in this endeavor was to install an SMA Data Manager M.

The central control unit for the station’s energy supply comprises an SMA multicluster system with Sunny Island battery inverters. These form a microgrid and ensure that enough energy is always available — either directly from the PV modules or wind turbines or in the form of stored energy from the batteries. After ten years, it’s now time for an upgrade. The station is also to be expanded for long-term operations. Alongside the system expansion, one of the most important steps is thus replacing the Sunny WebBox with the Data Manager M. “With this, the station is establishing a core component of intelligent and holistic energy management,” said Guus Luppens from Group VHC, “because energy generation and consumption can be coordinated precisely.” The solar expert is spending two months at the station and is responsible for the technical innovations necessary for this vital energy supply.

“Thanks to the Data Manager M, we can now see where the energy goes and where it comes from. So we can coordinate everything even more effectively. We’d ultimately like to utilize as much solar power as possible, including for heating water and charging electric vehicles.” To replace diesel generators which are often used on mobile deployments, small and large mobile generators equipped with storage systems and PV modules are currently in development. The overall aim is for all on-site activities to be conducted as energy-efficiently as possible. Even the snowmobiles that the researchers use as a means of transport are now charged via storage systems. For this purpose, the system is being expanded to include 160 modules, SMA inverters and additional wind turbines. (SP) 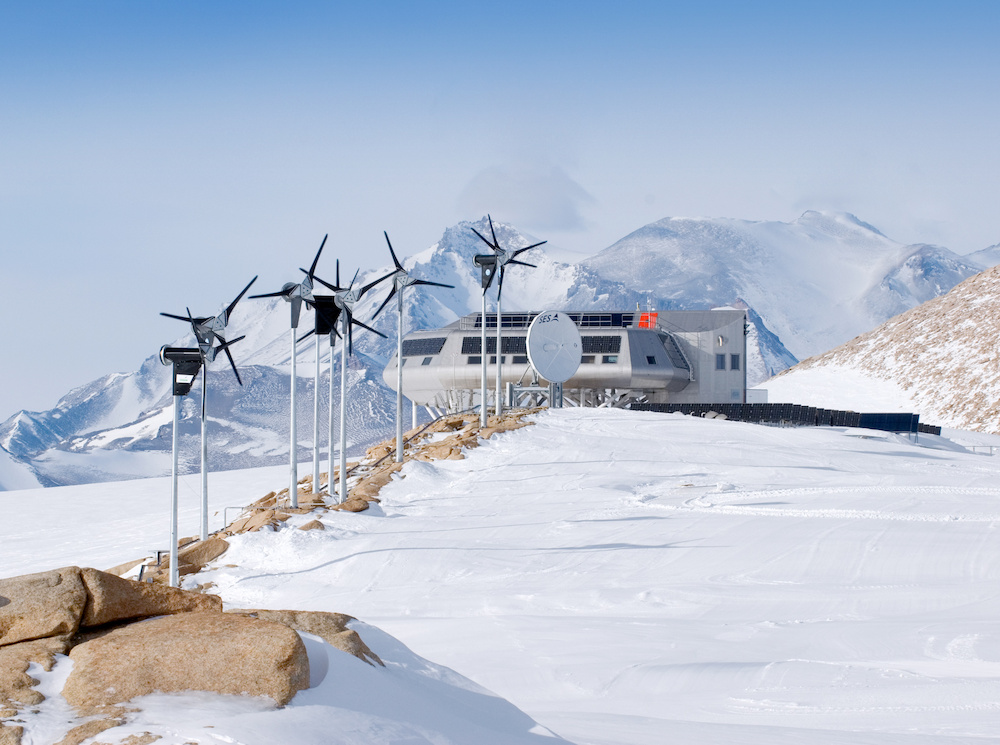 Make it Smart: Digital Evolution of the Grid