Not all green electricity is made equal

Interview with Dr. Sebastian Bolay from the Association of German Chambers of Commerce and Industry (DIHK) on the green electricity options available to companies

Discover Your Favorites among The smarter E AWARD Finalists

The finalists of The smarter E AWARD have been named! We will be presenting the submitted projects and products that fit the range of topics at EM-Power Europe.

Expert interview with Thomas Vogel, Product Manager at KOSTAL Solar Electric on the opportunities and benefits of combining PV, storage.

Start-up Interview: "This is a Groundbreaking Achievement" 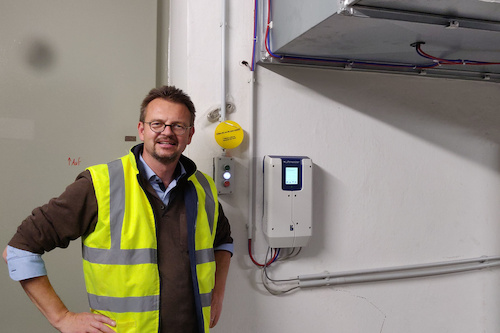 ©Luftmeister
Jens Amberg at the commissioning of an air energy meter

When multiple tenants in a commercial building share an air conditioning system, costs have thus far been calculated on the basis of the air-conditioned area, a practice that is often unfair and encourages wastefulness. Luftmeister, a young company located in the Black Forest town of Kirchzarten, has developed an air energy meter that boasts the world’s first and to date only legal-for-trade method for determining ventilation costs according to consumption. The device is also used to measure waste heat utilization in industry.

Mr. Amberg, your air energy meter is the world’s first legal-for-trade consumption meter for air conditioning systems. What makes this device so unique?

Until now, when a single air conditioning unit supplied multiple tenants at a large property, a flat fee was charged according to the area used. It made no difference whether the tenant was wasteful or frugal. Thanks to our air energy meter, ventilation costs can now be calculated based on consumption, which is fairer to individual tenants and promotes sustainable living. Our devices also steadily measure volumetric flow rate, temperature and humidity, meaning that customers know what is being supplied and when. This offers them clarity and peace of mind, since proper air conditioning is often a point of contention. In particular tenants who rent large spaces have often preferred to have their own air conditioning system so that they can control the parameters of the air supplied and ensure that they only pay for what they actually consume.

Let’s talk about sustainability. How much energy does the Luftmeister save?

Simply making users aware of their consumption habits can realistically lead to savings of 10%. But the savings don’t stop there. Users can also check whether the air conditioning system is being regulated properly, revealing any gaps in efficiency. Taking advantage of this function can result in additional energy savings of 10–15%.

Can you briefly describe how consumption-based billing of ventilation costs works?

Say you have an air conditioning system that supplies conditioned air to five different office areas. An air energy meter is installed in each of the five air ducts that supply the five zones to measure the flow rate and the heat content, or enthalpy. The meter also measures the level of enthalpy in the ambient air, i.e. the air that is available free of charge, which the air conditioner then cools, warms or otherwise treats before pumping it back into the offices. Using the information on the difference in heat content between ambient air and supply air as well as on the amount of air currently being supplied, we can calculate what each individual tenant has received – both in terms of the overall volume of air as well as the amount of heating or cooling provided. This forms the basis of the monthly or yearly statement. Distinguishing between hot and cold air supply is critical, because cooling is almost always more expensive. Our approach avoids lumping these components of air supply together and instead makes it possible to allocate costs according to consumption.

We are active in two different industries: First, we work in commercial properties – in particular office buildings, shopping centers, hospitals and laboratories – where we use our legal-for-trade meters to allocate ventilation costs.

Second, we engage in waste heat measurement. As energy monitoring and energy audits take on ever more significance, utilizing waste heat, for example from a large hall or an industrial process, is becoming increasingly important. With our devices, we can determine how much heat is available as outgoing or exhaust air and whether heat recovery makes sense. Using our data, heat recovery can then be precisely tailored and optimized during operations. Our customers in this area come from the food and pharmaceutical industries as well as from heavy-duty industries such as aluminum or ceramic plants or metal processing companies.

Which of these two application areas is currently more dynamic?

When it comes to air conditioning, we have a unique selling point because previously neither meters nor a standardized calibration value existed. We have introduced the first legal-for-trade meter on the global market. This is a groundbreaking achievement, like the development of the world’s first water meters a century ago. It’s definitely turning heads. But of course, in light of the energy transition, waste heat utilization is also very interesting.

What does installing your system in a commercial building involve?

An air energy meter and an enthalpy probe are placed in the supply air duct for each consumption zone. The energy meter measures flow rate and several other parameters. The enthalpy probe determines the heat content of the air. We also install an enthalpy probe to measure the ambient air so that we know the degree to which air is being heated or cooled. The probes are wired together and also transmit their signals to the overarching building management system or to the main meter. In other words, there is no central Luftmeister device where everything is aggregated; instead there are just as many air energy meters as there are zones, or rather consumers, to be measured.

You mentioned that the probes are wired together. Could the data also be transmitted wirelessly or might that be an option in the future?

Of course, we have considered this possibility. But we are talking about a very large number of different building types where an interruption in the wireless connection would be a huge disadvantage. Wireless connections are particularly appealing when it comes to reading meters in rental apartments. We work with large office buildings and shopping centers. Once the cables have been installed, the devices are crisis-proof and can run without interruption. Readings are conducted via the central system, which is continuously supplied with data from our air energy meters.

Is there a display where individual customers, such as the operator of a business, can see how much heating or cooling they are currently receiving?

Yes, these values are available directly on the air energy meter’s display screen, although individual users are typically interested in aggregated information, such as the monthly values. However, we have also had projects such as a large clothing chain that wanted this data delivered directly to the shop manager’s office. We can do that. 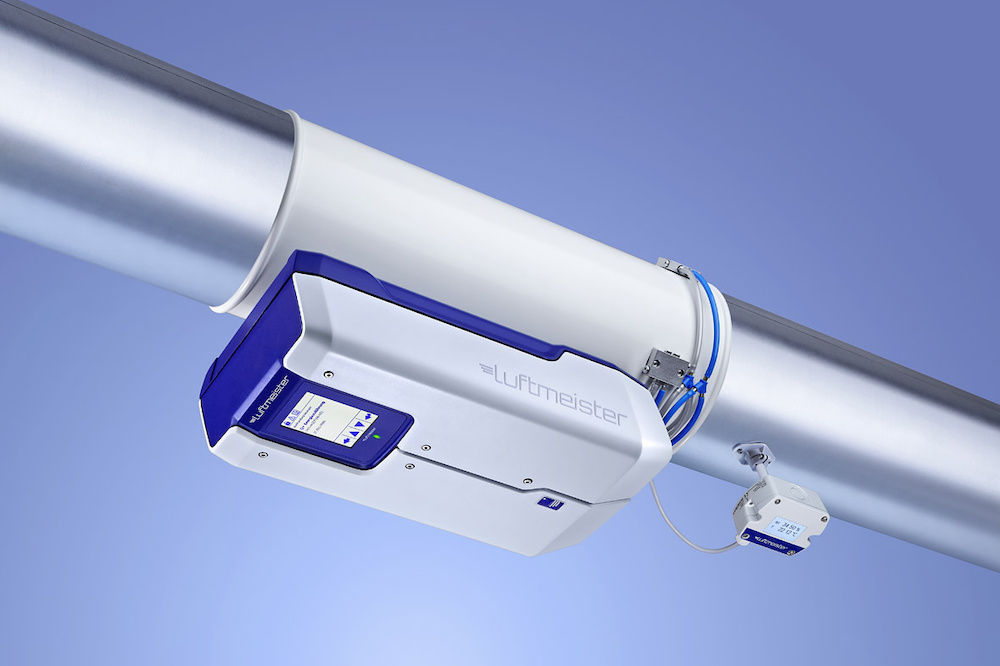 How did you come to develop an air energy meter and found the Luftmeister company?

I was one of three managing directors at halstrup-walcher, a company in Kirchzarten that provides measurement and drive technology. I was in charge of innovation and I realized that there was a gap in the market when it came to determining consumption from air conditioning systems. After giving this some thought, I developed a solution. Multiple ideas led to five patents covering many technical and procedural details. Since the market was promising and the project did not really fit in the existing sales structure at halstrup-walcher, Mr. Walcher and I decided four years ago to set up a separate company, Luftmester GmbH. This made it easier to access venture capital, since the development process was expensive. Today we count renowned companies such as Energie 360° and SEIF in Zurich and Danpower in Potsdam among our co-investors.

Why are you the first to address this issue?

For an answer to that question, you’d need to ask everyone else but me. All joking aside, it could be because from a measurement technology standpoint, this is a fairly complex issue. First, ventilation ducts are not always straight – they often include elbows, bends and manifolds. The duct geometry alone makes it extremely difficult to measure flow rate exactly. Second, conditioned air flows are much slower than those of compressed air or water, which makes measuring flow rates a challenge. Third, it is not just a question of the quantity of air, but also of the quantity of energy, or heat, that is being transmitted. When it comes to water, knowing the supply and return temperature is sufficient. For air, you need to determine enthalpy, which requires measuring temperature, air pressure, and humidity. These are just the technical hurdles, which are certainly part of the reason why no one has attempted this until now. Aside from all that, we’re also talking about an entirely new market where invitations to tender and concrete inquiries did not yet exist.

This interview was conducted by Simone Pabst.

Make it Smart: Digital Evolution of the Grid