Sascha Lindig works as a researcher at EURAC in Bolzano/Italy, where he is currently completing his doctorate in cooperation with the University of Ljubljana/Slovenia as part of the H2020 Marie-Sklodowska-Curie Solar-Train project. His studies focus on statistical models for the quantification of the degradation of PV systems, degradation patterns and the economic evaluation of technical failures in PV systems. He first studied photovoltaic and semiconductor technologies at the University of Applied Sciences in Jena/Germany and then environmental and energy technologies at the HTWK Leipzig/Germany, where he received his Master of Engineering in 2014.

After his studies in energy engineering, Cyril has been working with Franz Baumgartner in PV system research at the Institute of Energy Systems and Fluid-Engineering since 2019. Main focus of his research is laboratory testing of PV system components, where he examines the efficiency of PV inverters, the performance of module-level power electronics and transients of battery systems. His activities further include the simulation of PV performance in shaded conditions and heat pump - PV control strategies.

Professor Erik Stensrud Marstein is chief scientist at the Department for Solar Power Systems at the Institute for Energy Technology (IFE) in Norway, director of the Research Center for Sustainable Solar Cell Technology (FME SUSOLTECH), as well as adjoint professor in solar cell technology at the University of Oslo. He has been working at IFE in R&D in the field of PV since 2003. Most of his research has been performed in close collaboration with industry partners.

Here you find the exhibition site plan for The smarter E Europe 2021, in Munich.

Cheers to Carbon Neutrality with Wiskey Made in USA

Global beverage leader Diageo announced that its new Kentucky whiskey distillery, which will distill Bulleit, is expected to be carbon neutral – one of the largest in North America, and a first for the producer of spirits and beers. The site will be powered by 100% renewable electricity, with a capacity to produce up to 10 million proof gallons per year.

The new distillery, which is currently under construction in Lebanon, Kentucky, reflects Diageo’s commitment to achieving net-zero carbon emissions and moves the company closer to its goal of sourcing 100% of its electricity from renewable sources by 2030. “As a company we know that our long-term sustainable growth depends on reducing our reliance on fossil fuels that contribute to climate change,” said Perry Jones, President, North America Supply for Diageo.

To achieve carbon neutrality at the site, the company plans to incorporate a variety of features that will avoid annual carbon emissions by more than 117,000 metric tons. These features include the electrification of operations like electrode boilers instead of fossil-fuel fired boilers. All vehicles operated onsite, including trucks and forklifts, will be electric, and charged onsite by renewable energy. Furthermore, energy efficiency is to be embedded into facility design. Exterior lighting will be solar powered, all onsite interior lighting will be light-emitting diode, for example. In addition, the site is being designed to be industry-leading in efficiency and minimization of water usage. Diageo broke ground on the $130 million distillery in July of 2019, and the site is expected to be fully operational in 2021. 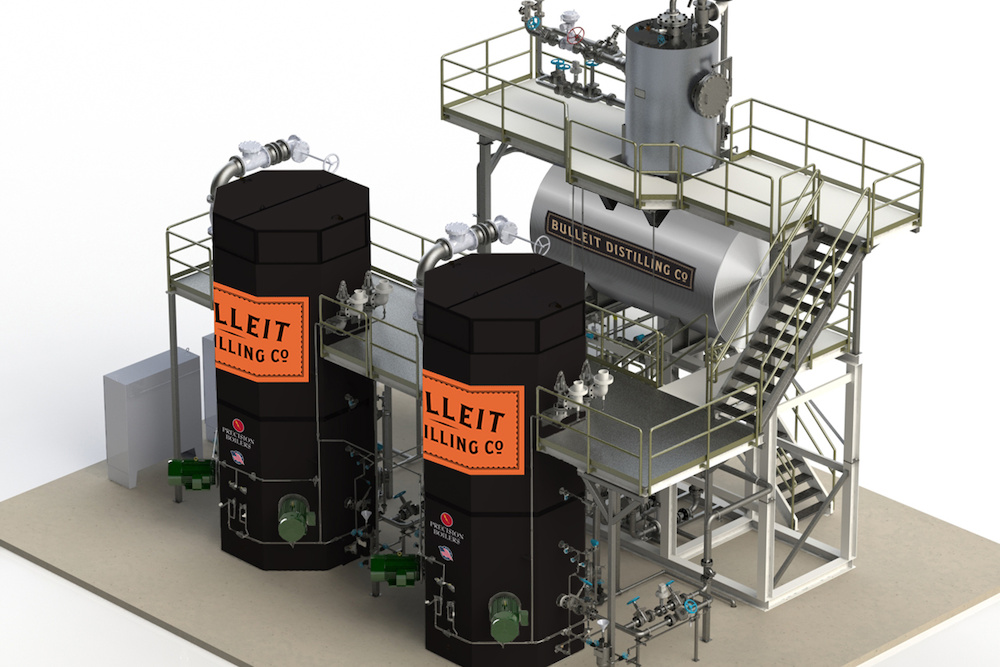 Green power on green island: Energy transition on the Azores

The Smarter E Europe 2020 is Canceled