How Citizens Take the Energy Transition into Their Own Hands

Munich/Pforzheim, April 20, 2022: Large-scale fossil-fueled power stations and nuclear power plants have been stabilizing the power grid until now but the energy transition is going to change that. The last nuclear reactors in Germany are due to be shut down by the end of 2022. And the plan is to phase out coal altogether by 2030. Before the war in Ukraine, gas-fired power plants were pegged as a transition technology. But now there is no choice but to rethink that strategy. On top of intensifying our efforts to deploy renewable energies, we need to maximize on grid-stabilizing inverters, storage technologies and further flexibility potential if we are to stabilize our power grids. What part will inverters play here and how will power grids evolve as we head into the future? The answers to these questions will be explored at EM-Power Europe, the international exhibition for energy management and integrated energy solutions, at The smarter E Europe, Europe’s largest platform for the energy industry, taking place between May 11 and 13, 2022 in Munich.

As we go about storing our food in the fridge, browsing the internet and switching on lights, there’s no denying just how much we all rely on an interrupted power supply. But power grids are fragile. The current that flows through the electrical lines in Europe ideally has a sinusoidal alternating voltage with an approximately constant frequency of 50 hertz. Synchronous generators in large-scale power stations and nuclear power plants guarantee that alternating voltage by introducing inertia into the power system via their rotating mass. Just like you can’t significantly accelerate or decelerate the speed of a heavy goods train, this inertia ensures that the frequency in the power grid can only change relatively slowly. And that means things remain stable.

Grid-stabilizing inverters provide power system inertia
What does that mean in practice? Basically, if too little electricity is present in the grid, power system inertia balances out the deficit until protective measures can be activated (such as an operating reserve). If there were no such buffer within the European combined system – within the course of the energy transition –, we would start to experience more interruptions to the power supply. “Enormous innovation and speed will be crucial in the next few years since large-scale nuclear power plants that help keep voltage and frequency stable will be gone by 2023. The engineers and the system need to achieve the same without them – and fast. Coal will then be phased out altogether by 2030. That, too, raises technical questions, including the challenge of maintaining voltage stability,” says Thomas Dederichs, Head of Energy Policy at Amprion.

But grid stabilizing inverters can help with this in the future. Normal inverters convert direct current to alternating current, generally supplying current with a frequency that is set by the existing grid. Grid stabilizing inverters are designed not only to be a supplier but also a source of three-phase voltage for grids. They respond quickly to grid requirements and provide frequency-response reserve – much like synchronous generators at standard large-scale power stations and nuclear power plants.

“Grid-stabilizing inverters are crucial to our future power grid based on renewable energies,” says Prof. Christof Wittwer, Director of the Division Power Electronics, Grids and Smart Systems at the Fraunhofer Institute for Solar Energy Systems (ISE). “We will be relying more and more on grid- stabilizing inverters to keep the grid stable as large-scale power stations have been doing until now with their rotating mass. At Fraunhofer ISE, we are developing and evaluating these grid-stabilizing inverters of the future, with a view to them also being used in storage systems.”

European manufacturers can set international standards
According to Wittwer, European inverter manufacturers already have all the expertise they need to test the technical requirements of viable solutions for grid-stabilizing inverters – and set international technical standards in the process. It is important that inverters are developed for use with renewable energy sources like solar and wind power, but they will also become more and more crucial for storage systems. As the storage boom continues, hybrid power plant and storage concepts are already being rolled out. Battery electric vehicles could act as storage systems with grid-stabilizing inverters in the future too. “The energy transition cannot happen without batteries since they will ensure that for example solar and wind power are available around the clock”, says Robert Busch, CEO of the German Association of Energy Market Innovators (bne). “As well as providing power system inertia, hybrid power plants and storage solutions can help balance out fluctuations in the power supply and deviations in the grid voltage.”

EM-Power Europe 2022 has the answers
You can find out how the combination of renewable energies with grid stabilizing inverters, storage systems and other flexibility options will guarantee grid stability in the future power grid at EM-Power Europe. Exhibitors at the international exhibition for energy management and integrated energy solutions will be presenting their technological solutions and services for a future-oriented energy supply. EM-Power Europe and the accompanying EM-Power Europe Conference will be focused on the questions of how renewable energies can be integrated into the power grid, how grid stability can be guaranteed and what role smart grids will play. The specialist conference will start the day before the exhibition and take place on May 10 and 11, 2022 at the ICM − Internationales Congress Center München. The energy exhibition is part of the innovation hub The smarter E Europe, which stands for decentralization, digitalization and sector coupling and campaigns for the promising, sustainable supply of energy from renewable sources.

EM-Power Europe and the parallel events Intersolar Europe, ees Europe and Power2Drive Europe will all take place from May 11 to 13, 2022, as part of the innovation hub The smarter E Europe at Messe München. 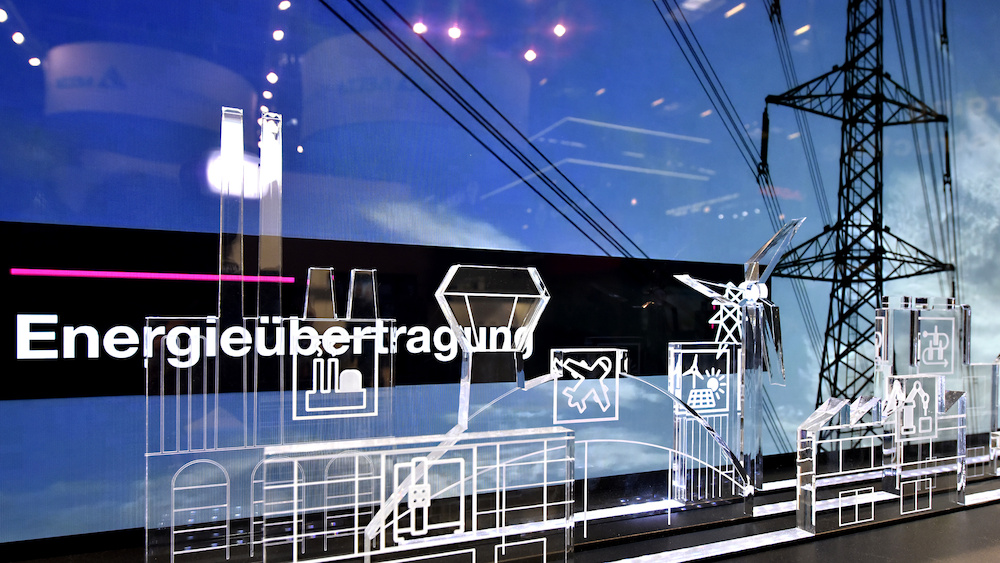 Job offers of exhibitors of The smarter E Europe.