Expert Interview – "In the Medium-Term, Every Company Should Set Out a Climate Conservation Strategy"

In Germany, 99% of companies are medium-sized enterprises, also known as the “German Mittelstand”. The new EU Climate Change Programme puts increasing pressure on companies to reduce their emissions. At the same time, these businesses have to keep their economic viability in mind. In the interview, project manager Frederik Richau explains how the initiative “climate-friendly medium-sized companies”, launched by the German Federal Association of Energy Users VEA, supports companies on their way to reducing emissions and tells us where energy policies still fall short. 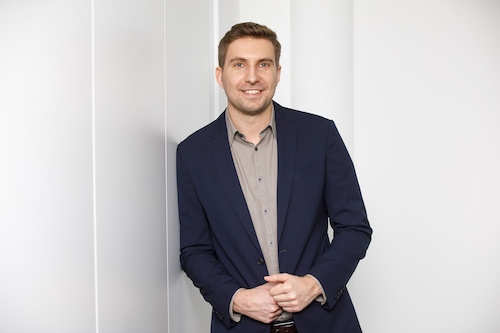 Mr. Richau, at the end of November 2020, the German Federal Association of Energy Users VEA launched the initiative “climate-friendly middle-sized businesses”. What was the lead up to that and what does the initiative aim to achieve?

Policy makers are always making stricter and more complex regulations in order to hit the climate neutrality target by 2045. That poses a challenge for particularly energy-intensive medium-sized companies. Everyone is ready and willing to make climate conservation a priority. But how exactly we get there and how companies can also remain competitive, in many cases, unfortunately remains unclear. This is exactly how the initiative wants to support companies and find as many concrete solutions as possible.

Over 4,500 companies are members of VEA. Could you estimate roughly how many of them already have a climate conservation strategy and how many plan to implement one in the medium-term?

There are most definitely many “trailblazers” who are implementing climate conservation strategies in an exemplary manner. We have noticed that the grand majority of the companies have started thinking about climate neutrality and are taking the first steps towards achieving it, which is really great to see. Especially since that forms the basis for a structured climate conservation strategy. As advisers for energy-intensive companies, we consider it our responsibility to make them aware of this topic, not just because the legal conditions are continuously becoming stricter, but also due to increasing pressure from the industry sector. A prime example of this are the large corporations at the end of the supply chain who are increasingly including climate conservation criteria when awarding contracts. Therefore, in the medium-term, every company should set out and stick to a climate conservation strategy in order to remain competitive on the market in the long term.

What does the initiative offer to its members?

The initiative provides its members with a large range of services, which are often free of charge, that support them in reducing their carbon footprint in a very practical way. It doesn’t matter whether the company is taking their first steps or getting into the nitty-gritty of reducing their carbon footprint. What’s important to us is that members commit to dealing with the topic every step of the way. And that is exactly what our platform and the relevant services provide.

What is your most popular service and why?

Currently, our most popular services are carbon balancing initiatives as well as the climate strategy workshop based on this. That’s only logical since the carbon footprint is the key to any further action. Only the companies which are aware of and actively analyze their carbon footprint are able to efficiently reduce it and take the necessary measures to do so.

The initiative has put together a catalog of efficiency measures. What are the most common measures that companies implement? Is there a measure that is particularly impressive?

The most common measures are of course those which can be implemented most quickly. For example, switching to LED lighting or modernizing air compressors. This saves a lot of energy and reduces CO2 emissions very quickly.

In our catalog are a number of particularly impressive potential measures, for example, the conversion into electricity of unused waste heat. In fact, this measure deployed by a member company even received the Energy Efficiency Award in the category “Energy transition 2.0” in 2019. In our ever-growing catalog, we have an array of multi-purpose best practice measures for different energy sources.

During an EM-Power Europe led interview with a climate-neutral company, the managing director complained that climate conservation is not being subsidized enough in Germany. On the contrary, if his electricity consumption was higher, as an intensive electricity cost company, he would actually have to pay a lower EEG levy. What’s the association’s stance on this? Do there need to be more or other incentives for companies?

If companies want to implement climate-neutral methods for processes that until now have been done using CO2 intensive fuels, they currently have two options: Either the switch to hydrogen, but it’ll still be a while till that’s fully ready for the market. The other possibility is the electrification of these processes. But for that companies need low electricity prices. And yes, policy-makers would have to do a lot more for both.

Buying green power from the electricity market, obtaining it through PPAs or investing in own decentralized systems?

hich alternatives are the most economically and climate-friendly appropriate solutions for companies?
The conventional purchase of green power is certainly the quickest and most cost-effective solution for now. In terms of climate conservation, however, the direct purchase of electricity from renewable energy sources would make the most sense. But this might entail higher investment costs and is therefore not economically feasible for every company. It is important that we ensure economic viability and climate conservation go hand in hand. That is the only way to ensure that every company can contribute to hitting the climate neutrality targets by 2045. And that is exactly what we try to promote with our initiative within a political framework.

What potential do you see for hydrogen as an energy source for industry over the next few years?

It has huge potential. Even energy-intensive medium-sized companies will be partially reliant on hydrogen as a decarbonized fuel. It’s something we always mention. However, we know that it will still take a while for hydrogen to be available to all companies that need it in sufficient quantities and at affordable prices.

The VEA will be in attendance at the EM-Power Europe Restart with its initiative “climate-neutral medium-sized companies” as parter of the EM-Power Forums from October 6–8, 2021, at Messe München. There, they will lead a session on the topic of climate-neutral companies.